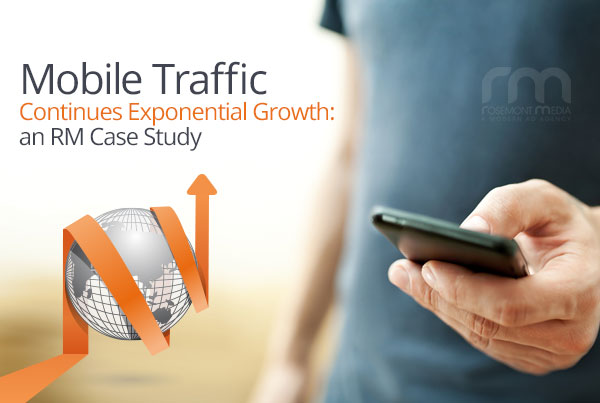 Remember last week when we cited a few outside studies showcasing the consistent rise in mobile website traffic? Today, we’re going to take a look at the website of one of our own clients to further reiterate the importance of mobile website design and marketing for your practice. Check out some of the analytics below.

This year, through three months and some change, the website has amassed a combined total of 24,500 visits from desktop, tablet, and mobile devices. As you can see above, mobile traffic is currently leading the way with 43.14% of total traffic, followed by 40.78% for desktop and 16.08% for tablets. Yes, that’s right, you’re reading it correctly: As of now, more patients are accessing the practice’s website via mobile devices than by desktop computers!

What Should You Do?

Clearly, patients are beginning to use mobile devices more and more often to access the Internet. With these mobile numbers continuing to trend upward, equipping your site with a mobile-friendly website design is a necessity. However, don’t be fooled or lured in by tricks for quick results. Only quality mobile designs and ethical marketing strategies can sustain long-term results with continued improvement.

To learn more about mobile website design and marketing, or if you are interested in speaking with a consultant here at Rosemont Media, please don’t hesitate to contact us today.