Review Gating: What It Is & Why Avoid It 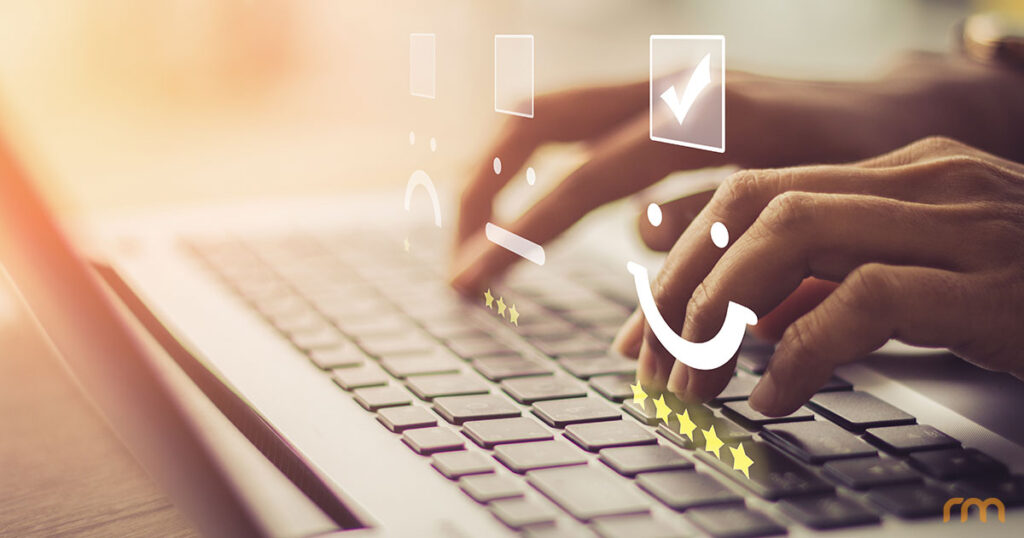 The term “review gating” is used to describe the act of soliciting feedback from customers and ushering them down a particular channel of action based on the overall sentiment of their response.

For example, let’s say you treated two patients today, and the first expressed complete satisfaction with her experience while the second voiced that his care was “sub-par.” If you employed review gating at your practice, you would encourage (and make it easy for) the first patient to share her account publicly on review platforms like Google, Facebook, and Yelp; however, you’d steer the second patient toward directly contacting your practice to communicate his concerns as opposed to posting any reviews. By doing so, you are able to accumulate more positive reviews online while keeping negative reviews and feedback off the Internet.

Sounds good, right? Not so fast…

Although review gating may seem like a great way to boost review ratings, there are three key reasons to avoid this online reputation management tactic:

Guidelines set forth by Google explicitly state that review gating is a no-no: “Don’t discourage or prohibit negative reviews or selectively solicit positive reviews from customers.” As you likely know, failure to comply with Google’s policies may result in penalties and/or a loss of trust, both of which can make re-earning the search engine giant’s favor extremely difficult.

2. It’s Statistically Proven to Be Ineffective

A study conducted by GatherUp compared total reviews and ratings for approximately 10,000 cases in its system both in the year before and the year after Google’s bar on review gating. With gating “turned on” in the year prior to its ban, GatherUp’s customers had a total of 32,689 Google reviews, with an average rating of 4.66 stars. With gating “turned off” the following year, the total number of Google reviews rose to 53,790, while the average star rating only dropped to 4.59.

By all accounts, an increase in the total number of reviews coupled with a minimal decrease in average star rating is actually beneficial—a separate study by Womply discovered that review volume and small business earnings are strongly connected, and another study by Uberall found that conversions for businesses with 5-star ratings actually fell short to those whose average star ratings were good but not “perfect.”

Sure, review gating doesn’t technically prohibit patients from writing negative reviews about a business—after all, they can still post about their experience even if all issues are resolved after speaking to your practice personally. That said, it certainly influences (and even manipulates) online review scores by encouraging and facilitating the process for select patient demographics, ultimately leading to a partial picture. Whether or not you would go so far as to label this “consumer fraud”—and some do—calling it “unethical” absolutely fits the bill.

So What Should You Do?

At Rosemont Media, our advice is to encourage all patients to leave honest reviews. Yes, this potentially opens the door to some less-than-stellar reviews, but negative reviews aren’t always a bad thing; in fact, having a few sub-5-star reviews actually authenticates your practice, diminishing any skepticism that you fraudulently obtained a perfect score across the board.

Online review numbers should be grown without discrimination, which is exactly what Rosemont Media helps clients do by assisting them in directing patients to top review sites—always with an urging for honesty. If you would like more information about how we handle online reputation management, or if you have questions about any of our other web marketing services, please don’t hesitate to reach out to us online or by telephone to speak with a knowledgeable member of our team.